What do you give the eCommerce business that already has everything? A partnership with Trustpilot, of course! 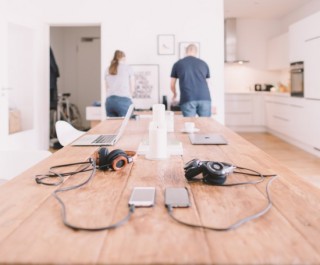 Over the past 13 years, ID Wholesaler has grown to be the largest retailer of photo identification products worldwide. When they partnered with Trustpilot in 2015, Julie Kuepers, Senior Digital Marketing Specialist for ID Wholesaler, went straight to work to make the partnership as impactful for the business as possible. By leveraging their Trustpilot relationship and customer reviews, the business achieved massive boosts in landing page performance, increased engagement and performance metrics across their various web properties and marketing channels, and successfully utilized reviews to inspire the sales team and build a truly customer-centric team culture.

If your business is struggling to improve your website performance, mitigate high ad spend, engage a greater social following, or motivate employees, check out ID Wholesaler’s case study below. Here’s the steps their team took to achieve significant results:

Recognizing that paid ads (Google, Bing, and Yahoo!) were a big part of their marketing strategy, ID Wholesaler sought to improve the landing page performance for their major ad campaigns.

Julie chose to implement the Carousel TrustBox on their landing pages. The Carousel (see below) may look humble – however, its performance was anything but.

After adding the Carousel to their email subscription landing page, ID Wholesaler saw a remarkable 63% increase in sign-ups, generating a 72% boost in revenue.

The second test they performed was adding the Carousel to their traditional lanyard landing page, leading to a massive 167% increase in transactions and a 164% boost in revenue.

Their third and most successful test was with their landing page for breakaway lanyards. The page was already performing quite well, but by adding the Carousel to the bottom of the page, ID Wholesaler enjoyed 130% more transactions and a whopping 315% boost in revenue. 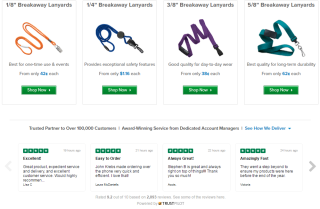 Achieving these results did not require a significant website change, re-design, or content re-vamp. All ID Wholesaler did was add a TrustBox, featuring their verified Trustpilot reviews. The TrustBox widget, already fully dynamic and responsive, requires a mere copy and paste to implement. From there, the business saw massive improvements in sign-ups, conversions, and revenue.

ID Wholesaler already had a strong B2B social media presence when they joined Trustpilot. Once they started receiving verified Trustpilot reviews, which were overwhelming positive, Julie knew these would make for great content to incorporate into their social media strategy. 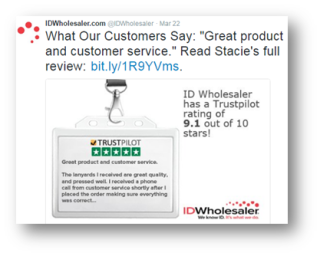 Julie worked with Trustpilot designers to create a special Trustpilot badge to showcase alongside the reviews, adding third-party validation and increased authenticity to this content. (Editor’s Note: social media badges are now widely available in the Marketing Assets section of the Trustpilot platform). The inclusion of the Trustpilot badge gave Julie’s social posts a sizable boost in engagement. In addition, it clearly highlighted the organization’s stellar 9.1 Trustpilot rating for all to see.

Coming off the success of their landing pages and social media strategy, ID Wholesaler began to include customer reviews and third-party validation in the form of Trustpilot branding on a much wider basis – on their business website homepage, in the left navigation panel on several of the site’s interior pages, and within a number of their email campaigns. 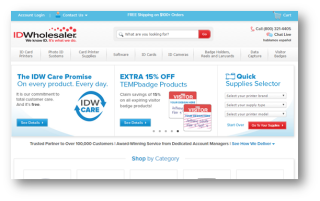 (Above) the ID Wholesaler home page and their trusted Carousel reviews.

They also qualified for the Google Seller Rating ad extension (see below) through their partnership with Trustpilot, adding additional authenticity to their PPC ads and improving the performance of this critical channel.

Step 3: Inspire their sales team to perform at peak levels

The ID Wholesaler team knew that if reviews could encourage more prospective buyers to become customers, they could also inspire awesome performance internally. Now, ID Wholesaler not only leverages customer reviews to improve marketing performance and build a better brand, but also internally, to motivate and celebrate their amazing Sales teams. 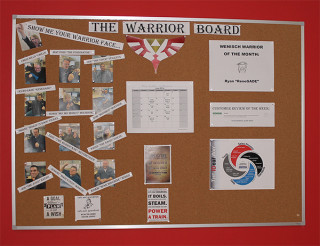 The motivation board for The Warriors Sales Team at ID Wholesaler.

Every Friday morning, Julie sends each of the week’s outstanding five-star Trustpilot reviews to the corresponding Sales Account Manager, cc'ing their Team Leader. Both the Vice President of Sales and the Director of Sales also receive these notifications, providing their own praise to the top-performing reps via email.

The Sales team loves receiving these inspiring notifications – these emails instill a ton of excitement on the Sales floor every time they go out.

In addition, Sales Account Managers regularly check their reviews on ID Wholesaler’s “Customer Testimonials” page, ensuring that their service levels are high, and the feedback is good.

One Sales Team Leader, Beth Wenisch, regularly publishes the #1 customer review from her team on a dedicated bulletin board outside of her office, showcasing a screenshot of the review and the five-star rating. “Once I select the Customer Review of the Week, I send it out via email team-wide to further excite and engage the team and show them that it’s about more than a sale. It’s all about the customer,” Beth remarked. 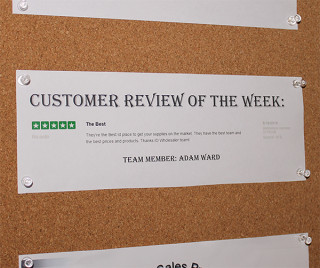 An ID Wholesaler Sales Manager features one of her reps’ reviews on their motivation board.

ID Wholesaler successfully implements a culture of reviews from the top down – making sure leadership commends and values reps who receive positive feedback, and ensuring the team members who receive praise are widely lauded around the office. By socializing their customer reviews amongst their teams, the entire organization is united behind their mission to provide incredible customer experience.

Find out how Trustpilot could help your business too, request a free demo below. 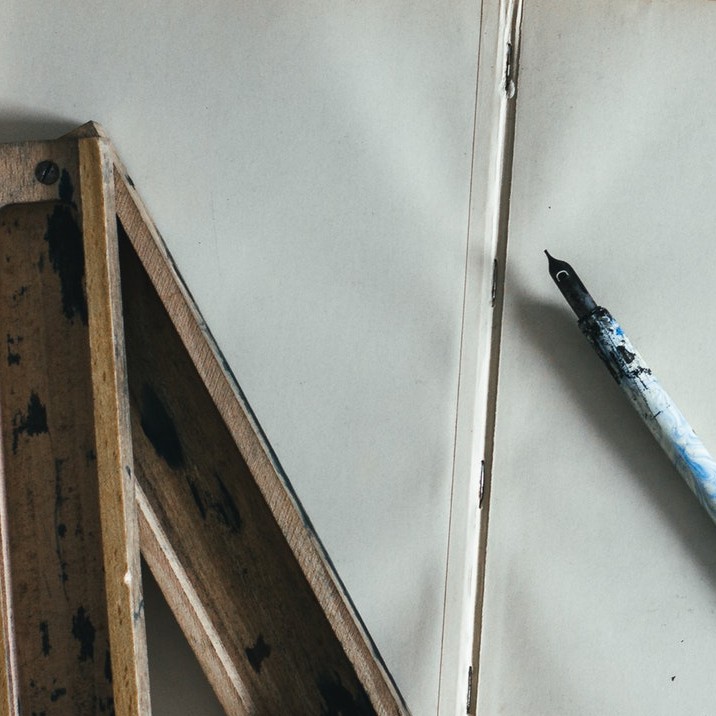 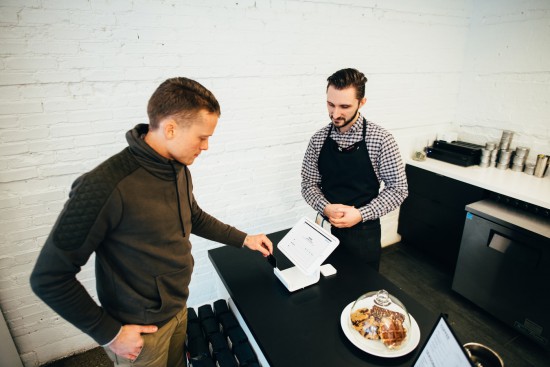 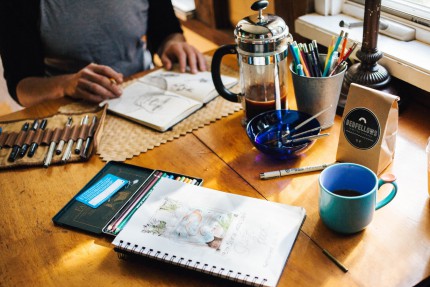 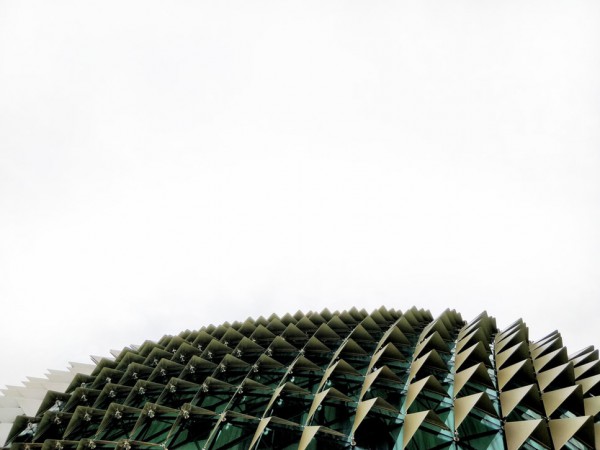